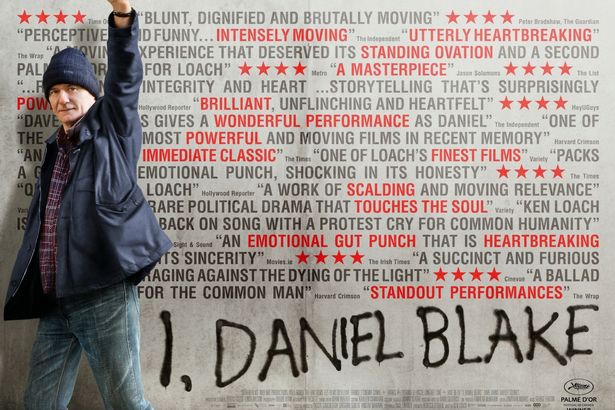 I, Daniel Blake – Out now in UK Cinemas

by Chanel
Some may call this film controversial, but I can truly say that I have been through some of the issues raised in this film myself. I, Daniel Blake, is a realistic portrayal of the current welfare benefits system run by the government in the UK today, it is quite hard hitting and many working class... Read More

Some may call this film controversial, but I can truly say that I have been through some of the issues raised in this film myself.

I, Daniel Blake, is a realistic portrayal of the current welfare benefits system run by the government in the UK today, it is quite hard hitting and many working class people, like myself, will find similarities, if not the exact situations that they themselves or a loved one has been through.

Take a look at the trailer to get a flavour of the issues raised.

Before watching this film, I had no idea that the current benefit system had changed so much, that if you missed your ‘signing on’ time or didn’t apply to enough jobs, you would be ‘sanctioned’ your benefit money, this is regardless of circumstances, such as medical issues, kids etc…

I find it totally shocking!

This film follows Daniel Blake (Dave Johns), a Carpenter living in Newcastle, who we learn has not long lost his wife and had has had recent medical problems with his heart. 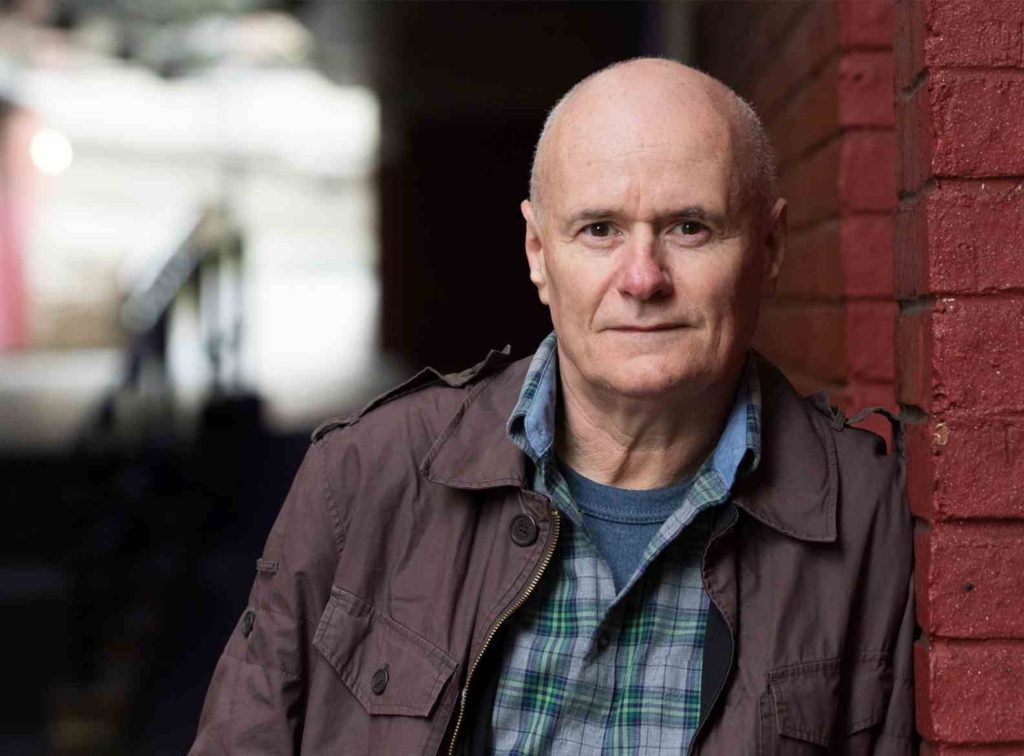 He is told by his doctors that he is not able to return to work right now due to his illness, and therefore applies for benefit to help cover his financial costs until he is well enough to return to work – BUT he is turned down by the DWP (Department for Work & Pensions) as according to their guidelines he is fit to work.

The film starts with a telephone call between Daniel and the DWP Healthcare professional who is assessing his health over the phone, when you know the seriousness of Daniel’s health, the questions asked become diabolical, to be honest.

He is then advised to attend the local Jobcentre in order to sign on and start looking for work.

The jobcentre is not very sympathetic, nor supportive to Daniel’s situation and it seems that he is not the only one….At the jobecentre he meets single mum, Katie (Haley Squires) who has just arrived in Newcastle from London with her 2 children, Daisy and Dylan, it seems that she’s not getting the support she needs either… 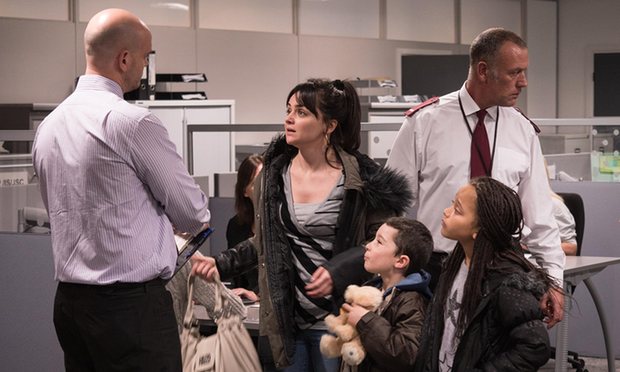 Daniel takes pity on Katie and the end up striking up a lovely type of ‘Father – Daughter’ friendship, as they support each other through the struggles thrown at them by a system that just doesn’t seem to support those in the most need.

It’s not all doom & gloom, humour is provided by the banter between Daniel and his younger neighbour , which a lovely touch of friendship across the generations.

The film goes onto to show the challenges between navigating the red tape and the reality of life and how the two don’t really mesh well. It shows how much change is needed in this system to support the most vunerable in society. 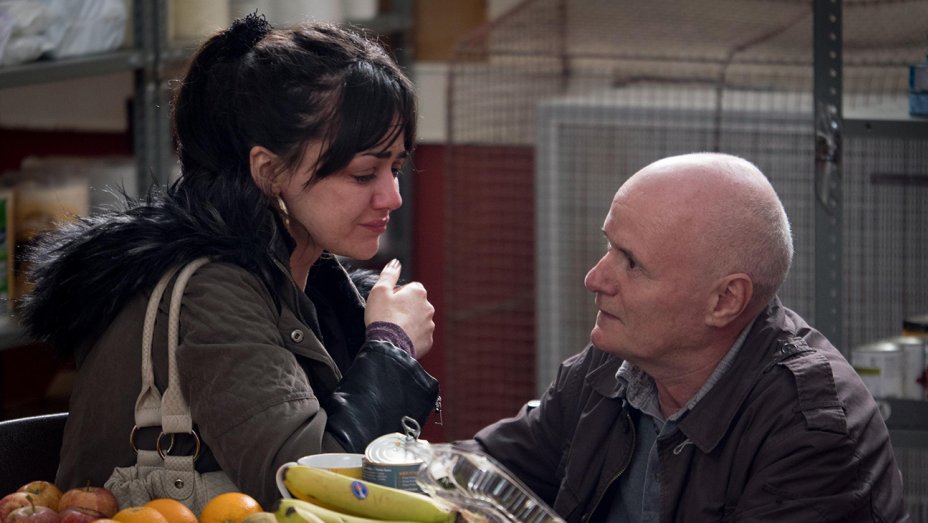 The most touching scene that had me in floods of tears, was the food bank scene. Katie has not eaten for days now, as her benefit had been cut for a month and she had to feed the kids and get them new school uniform and heat the new flat. She exhausted, running purely on adrenaline and has a melt-down in the food bank – no spoilers here – but let’s just say, you’ll need a heart of stone to get through that scene without feeling anything.

The acting in this film, especially by the main 2 characters Daniel & Katie, is absolutely amazing, little Daisy (Bianna Shann) deserves a mention too. 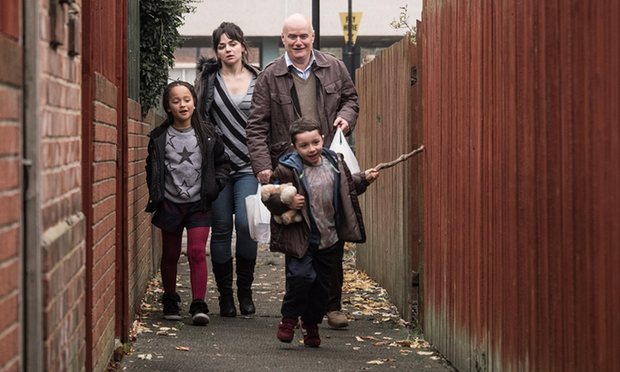 Years ago, I was a single mother on benefits raising my son, alone and was lucky enough to have family and friends nearby, but still had days where my choices were – food vs heat…so I can understand where Katies’ character was coming from.

Any of us could end up relying on the state for benefits for many different reasons, such as illness, redundancy, business collapsing etc.. I’m sure we all would like to think that once our savings run out (if we are lucky enough to have savings in the first place) that we live in a society that will asssist those most at need?

Watch this film and let me know what your thoughts are on this issue. Do you have any experience of the current system?

This is another brilliant film by the legendary Ken Loach – let’s see how the govenment react to it! 😉 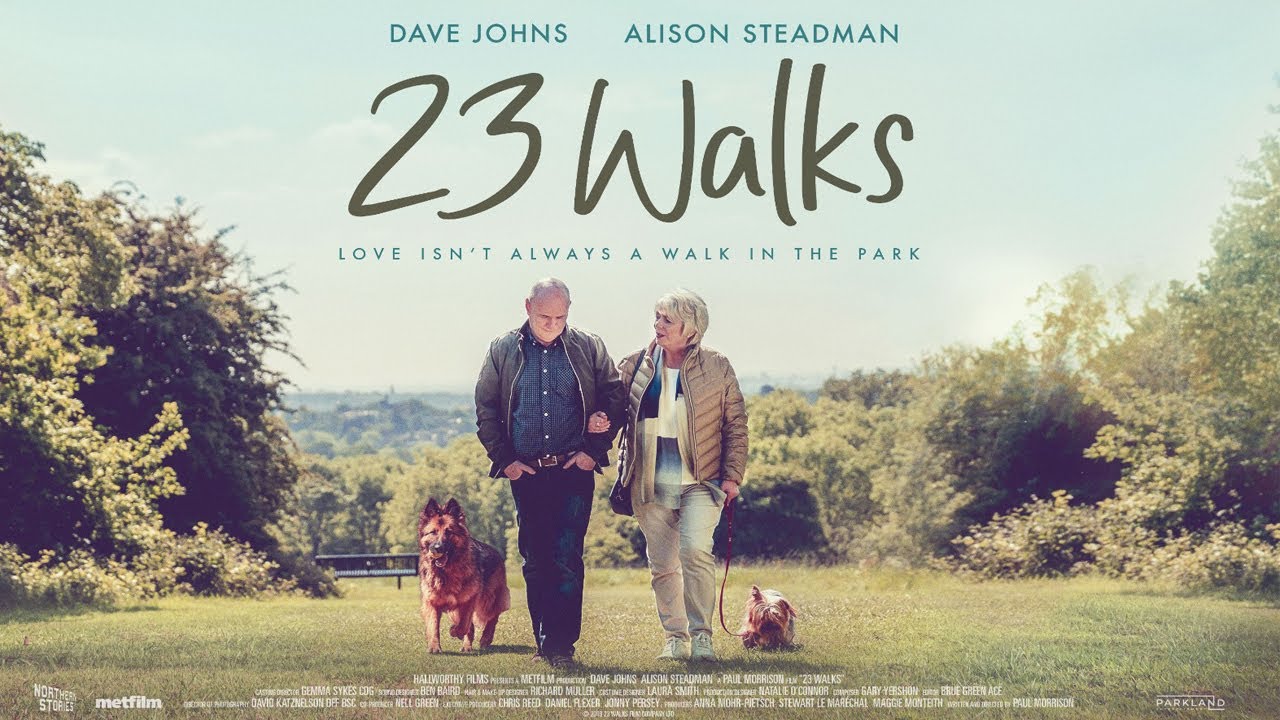