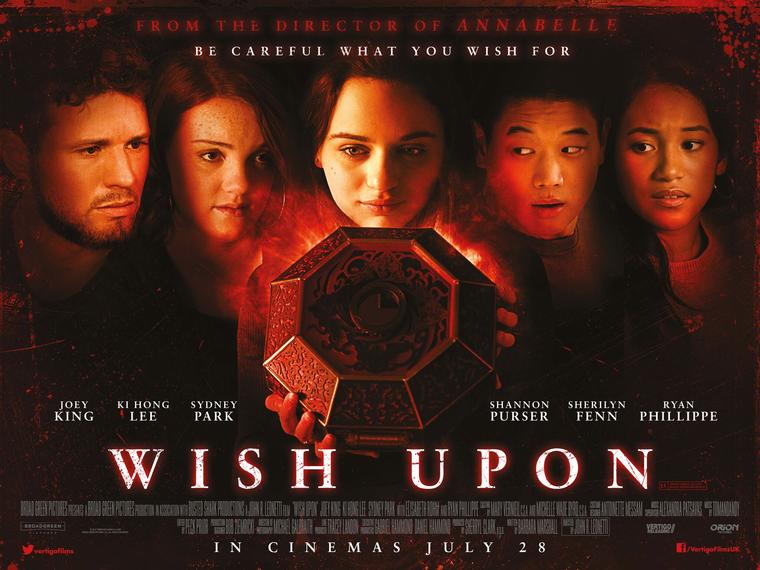 by Chanel
When I initially saw the trailer for this film, I wondered if it would be too scary for me, those who know me, know that I am a bit of a “baby“, 😀  and tend to avoid horror films, but the narrative running through the scary bits proved too intriguing, and I asked if I... Read More 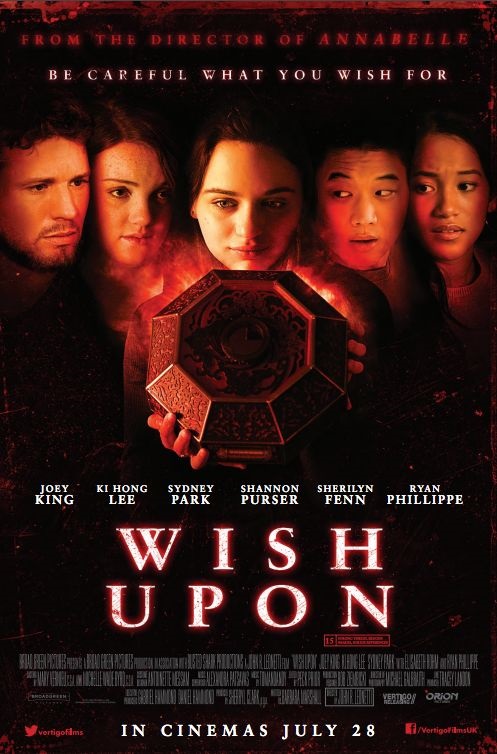 When I initially saw the trailer for this film, I wondered if it would be too scary for me, those who know me, know that I am a bit of a “baby“, 😀  and tend to avoid horror films, but the narrative running through the scary bits proved too intriguing, and I asked if I was able to review it. Lucky for me, they said, ‘Yes’. 🙂

Take a look at the trailer for yourself, to see what I mean…

This film is written by Barbara Marshall, and directed by John R. Leonetti. It reminds me of a cross between, ‘Mean Girls‘ and ‘Final Destination’ with additional concept of the ‘7 wishes’. Just brilliant! 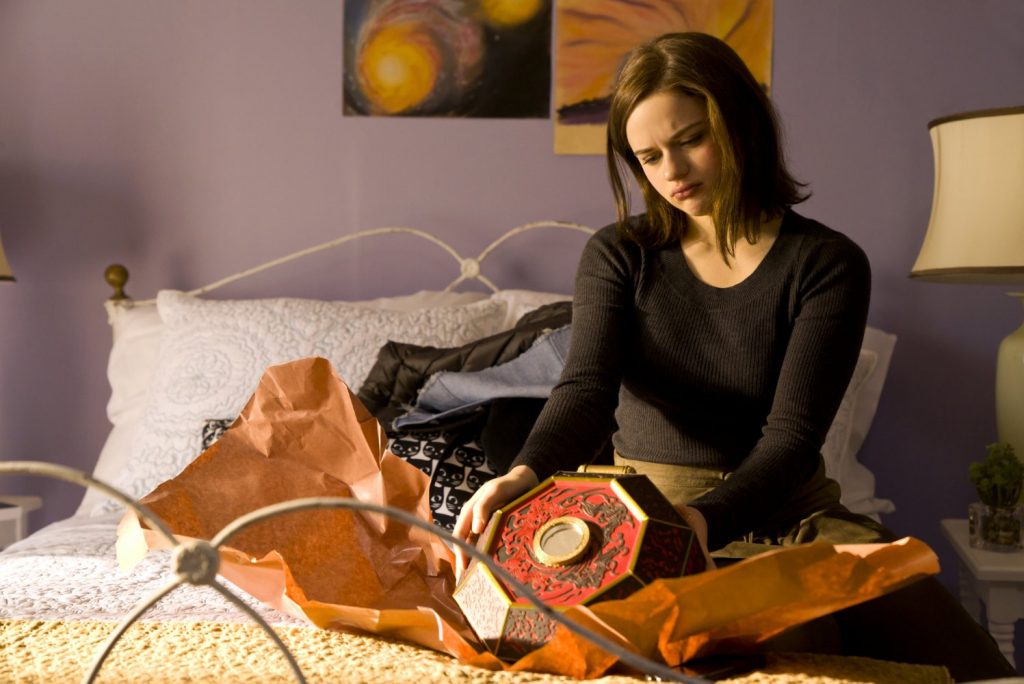 Joey King as Clare Shannon in Wish Upon Film

As the trailer suggests, the film begins with a young Clare finding her mum after she has committed suicide, then we learn a bit about her current relationship with her Dad, Jonathan Shannon, played by the dashing Ryan Phillippe.

We meet her school friends, June and Meredith and the ‘mean girl’ Darcy, who enjoys making Clare’s life hell at school.

Jonathan, her dad, finds a music box, it’s unusual and he thinks that Clare will like it, so gifts it to her.

The box has some chinese writing on it, and Clare, who is studying Chinese language, manages to make out the words, ‘7 Wishes’ but naturally asks her Chinese language teacher to translate the rest. Her teacher cannot understand all of it, he explains that it is written in Ancient Chinese.

This is where Ryan, played by Ki Hong Lee, steps in, and suggests that his cousin, Gina, should be able to help her as Gina is studying Ancient Chinese. 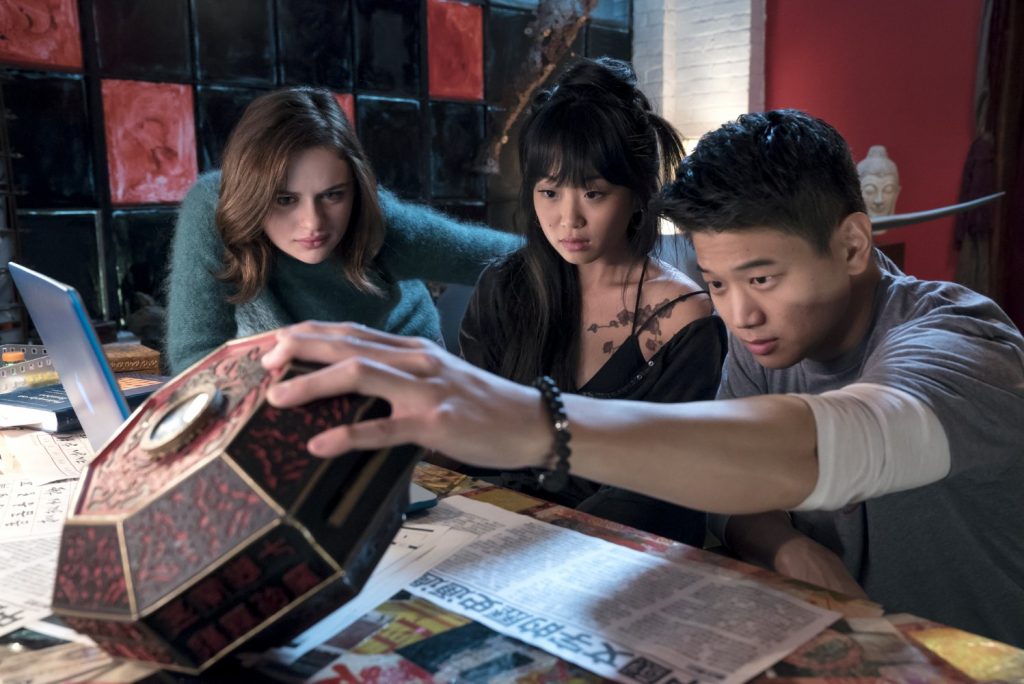 Clare, Gina & Ryan trying to translate the wording on the music box in Wish Upon Film

Meanwhile, Clare makes a wish, not really believing it will come to any fruition, but when it does, it’s just too tempting not to make anymore wishes….but what Clare doesn’t realise at first is that each wish has a price…:D

I was literally on the edge of my seat during most of this film, it has some real twists and turns and all the graphics are so good.

I can totally relate to Clare at the beginning, but began to think of her as selfish in the latter part of the film, but to be fair, Clare is put in a very difficult position by the end.

Yes, in case you are wondering, tears did feature a couple of times, I did cry for a couple of lovely characters who truly did not deserve their fate! 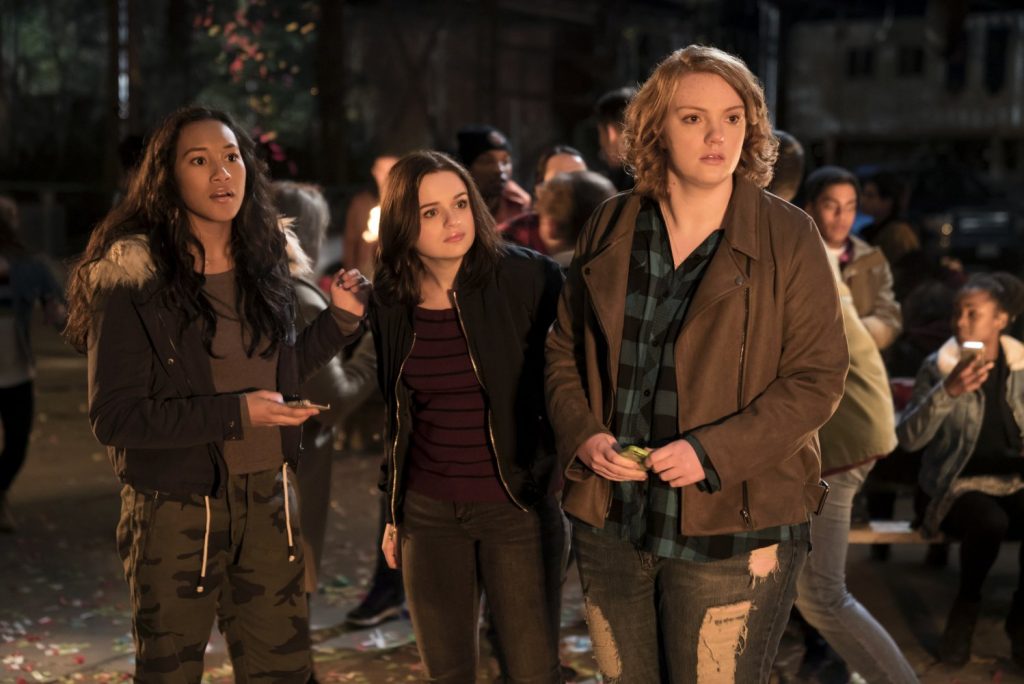 Meredith, Clare and June in Wish Upon Film

Clare is likeable enough, she’s constantly embarrassed by her Dad, which to be fair, at her age, who isn’t ?

Meredith played by Sydney Park is totally hilarious and June, played by Shannon Purser is a lovely friend to Clare.

I fell in love with Ryan, played by Ki Hong Lee, he is just totally adorable and a real true friend to Clare.

Amazing acting as usual from the gorgeous Sheriyln Fenn who plays her neighbour, Mrs Deluca and from the dashing Ryan Phillippe who plays her dad, Jonathan Shannon.

If you want an edge of your seat film this summer, packed with twists and emotions, then I cannot recommend this film highly enough!

I definitely am going to watch this again.

Living The Dream! by Lauren Berry out 6th July 2017
Previous Post
Your Name – The Anime Classic is back – IMAX Screenings from Wednesday 23rd August 2017