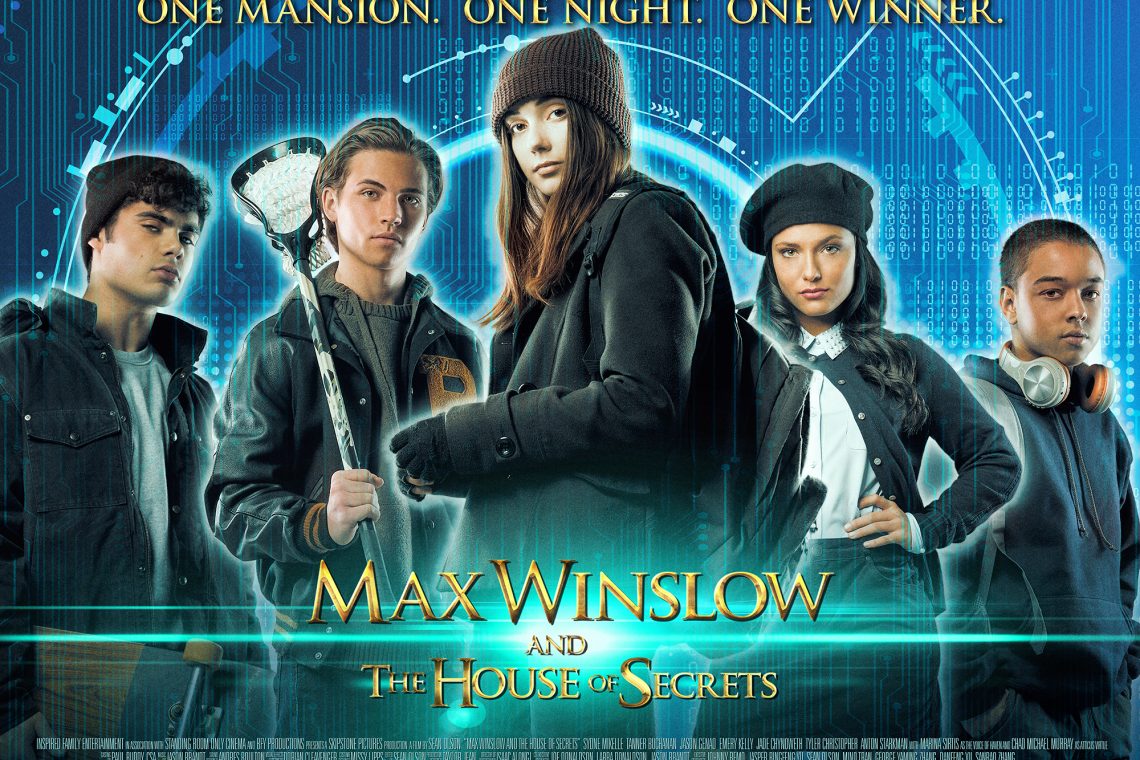 Review: Max Winslow and the House of Secrets – Out on Digital Download from 15th February 2021

by Chanel
When I was introduced to this film, I thought, “oh, just another family movie” but on closer inspection, reading through the synopsis, it seemed like a modern day “Charlie and the Chocolate Factory” but better…and the trailer is exciting enough to make anyone want to see more, without giving away spoilers. This film has done... Read More

When I was introduced to this film, I thought, “oh, just another family movie” but on closer inspection, reading through the synopsis, it seemed like a modern day “Charlie and the Chocolate Factory” but better…and the trailer is exciting enough to make anyone want to see more, without giving away spoilers.

This film has done well in cinemas despite the limited cinemas open in between various lockdowns at the end of last year and is now available on digital download platforms from 15th February 2021.

The film is about an eccentric billionaire who invites 5 teenagers to spend a night at his mansion and by the end of the night, one of them will win the keys to it.

This event is announced across all the high school digital screens and each teenager is excited to see if they’ll be accepted.

The chosen teens are in for an unexpected night, when the house traps them, leaving them to fight against each other for the win.

This film is quite fast paced, so after a quick introduction to each character – and I do mean ‘quick’ in some cases – I literally didn’t even remember being introduced to Aiden Ross, (played by Emery Kelly) at all!

But I suppose this speed, keeps the kids interested.

Anyway, we are introduced to tech-savvy Max & her family, she lives with her slightly younger brother and her mum, who is struggling with bills as a single-mother with no support from their dad, which angers Max, who tells her mum that she could just ‘hack’ the money needed off her dad’s credit card if she wanted, but her mum says, “No”.

Although Max (Maxine) is quite a genius who can hack most computer systems, she is lonely with no friends, as she keeps people at arms length, due to her “Daddy issues”

We meet social media obsessed Sophia and her mum. Sophia seems to be more interested in being getting likes online rather than being liked in real life.

I wish we’d seen more about Sophia, as to be fair she seemed like quite a nice girl, even if she was a bit influencer-obsessed.

Conner is a popular Lacrosse player at school, who Max fancies from afar.

It was lovely to see a popular ‘jock type not portrayed in the usual way, he’s a really nice guy, is issue is that he’s living a life that is expected of him, rather than the one he wants to live.

Benny is video-game obsessed, we see him getting out of yet another P.E lesson, much to his teacher’s despair – he constantly plays the same game in public and at home.

Benny is another character that feel we didn’t really get any depth on, which is a shame.

I didn’t notice Aiden until they were picked up by the limousine, where he was arrogant, rude and ultra-competitive the instant he opened his mouth – so he made he presence well and truly heard! ?

Like I previously stated, the pace of the film is fast and as soon as the teens enter the house, we watch as they come up against various tasks in order to win, at first t is fascinating to watch and it’s great as they explore the house and find strange things and secret passages, it all feels very “Escape Room”-ish, but as the night goes on, it gets creepier and creepier.

There are a couple of scenes that could make you jump, but I was fine, even though I’m usually such a baby about these things, so it’s all perfectly fun, kid-friendly scary.

My main criticism was the ending seems rushed and the the story hastily wrapped up, like they where running out of time, it would have been so nice to see how the characters had evolved from that night and if it had actually served the purpose it originally intended. (You’ll know what I mean, when you watch the film).

This film is a great watch for all the family, it is clean, good-humoured with some fun special effects.