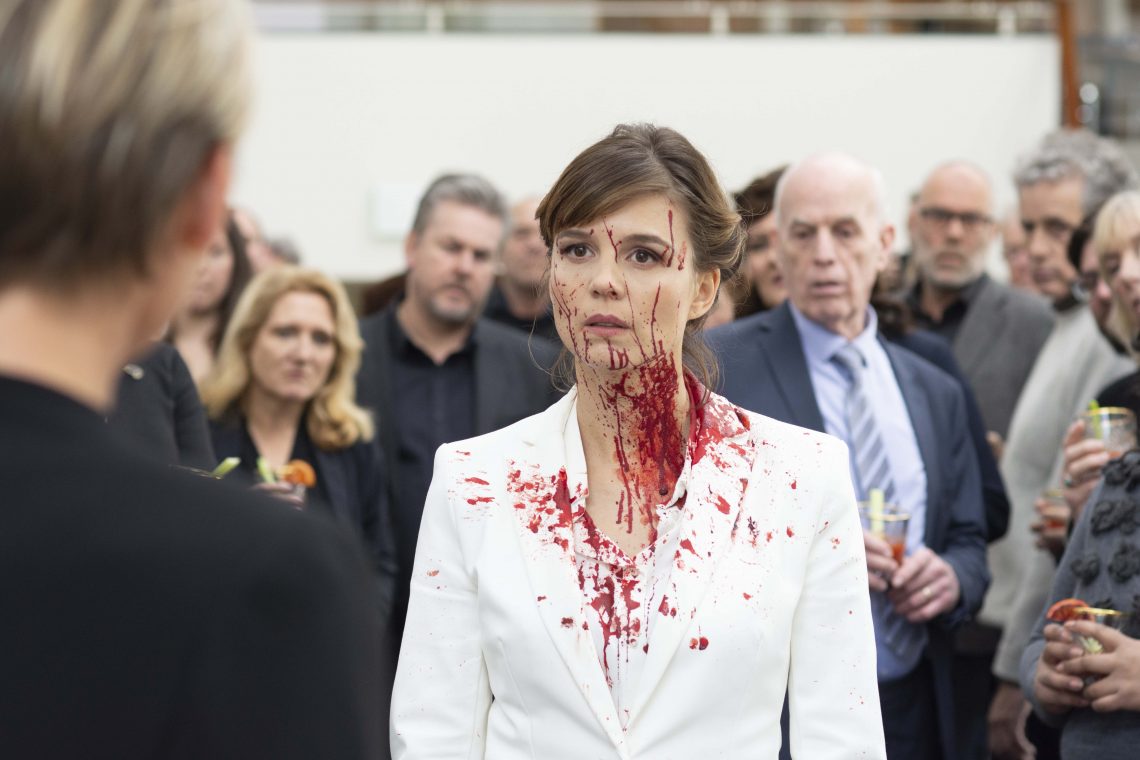 Review: The Columnist Film – Out 12th March 2021 on Digital Platforms

by Chanel
This film was so much more than I expected it to be, I thought it would just be a statement along the lines of “Don’t offend people online” with a sweet story of how a columnist overcame her trolls and got on with life – Oh boy – was I wrong! Synopsis The film follows... Read More

This film was so much more than I expected it to be, I thought it would just be a statement along the lines of “Don’t offend people online” with a sweet story of how a columnist overcame her trolls and got on with life – Oh boy – was I wrong!

The film follows Femke Boot (Katja Herbers – Westworld star) who is a columnist and author, a single mother who is dealing with raising her outspoken daughter, Anna (Claire Porro), Writer’s block and nasty comments from trolls on social media.

One day, Femke realises that one of the trolls is her own neighbour, who is all sweetness and smiles to her face, but writes really horrible comments online about her with the other trolls – so, Femke decides it’s time for revenge.

This is fantastic film is directed by Ivo van Aart.

The film is English subtitled on which I am fully reliant on, which I found to be super-fast in the first couple of scenes – it was quite difficult to keep up with them – thank goodness for pause and rewind buttons! – But, don’t let that put you off!

The speed of the dialogue calmed down after the first 5 mins and became normal and bearable, which I’m happy to report, lasts the rest of the film. (phew!)

I felt so sorry for Femke, the comments online were really scary and you definitely sympathise with her. Femke is played brilliantly by Katja Herbers, she’s is the person you’d least suspect to do the things that she does.

Her daughter Anna, played by Claire Porro, is another great character, Claire does a brilliant job in this role.

Anna, pulls along the central theme of “Freedom of Speech” which is a timely topic right now, with certain royals and celebrities being outspoken about their experiences and opinions in the mainstream UK news right now.

I found Femke to be quite hypocritical on this topic, as in, I can say as I please, but don’t like it when others say things that offend me – but it also brings up the question of where is the line between Freedom of Speech & Bullying?

My criticism of this film is that I wish it was a bit longer, as certain developments seemed rushed, such as Femke’s relationship with Steven Dood (Bram Van Der Kelen) and I also wanted to see a bit past the end, to see how certain characters had reacted to the recent revelations.

Other than this, I enjoyed this film very much – it is very much worth watching and will make you think twice before you write an offensive comment online in the future – that’s for sure!!