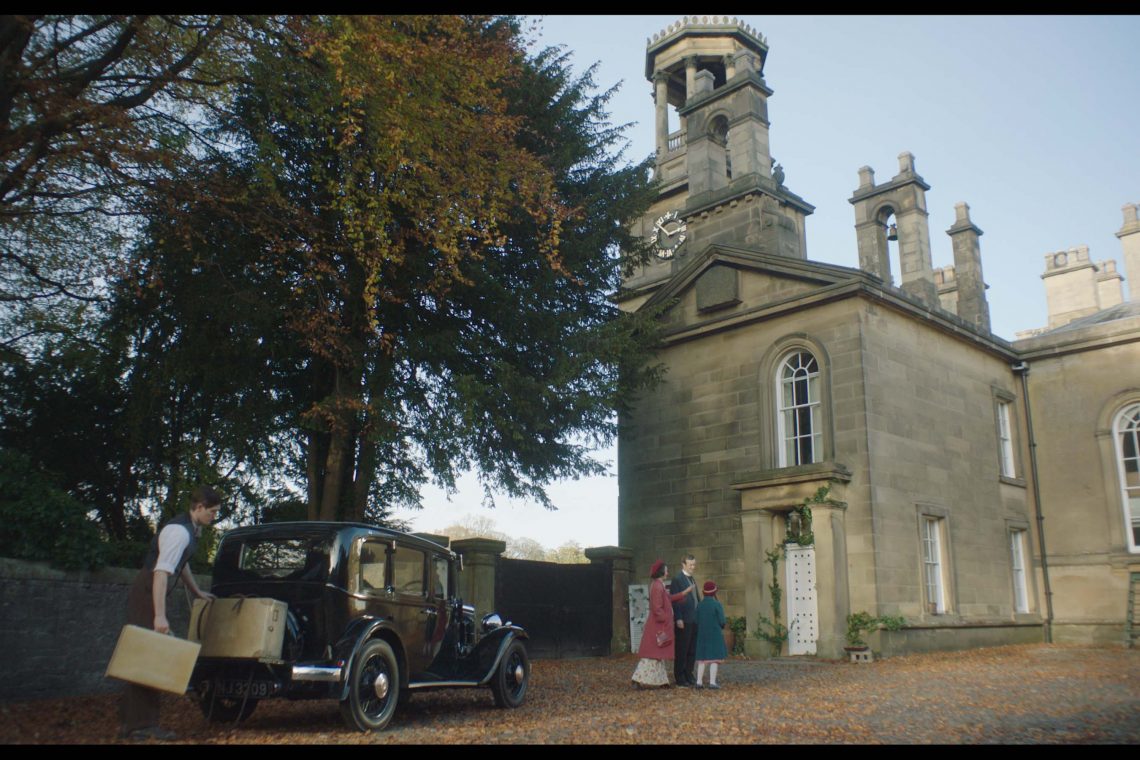 Review: The Banishing Film – Out on Download 26th March 2021

by Chanel
Being a Downton Abbey fan, I was immediately interested in watching this film as soon as I knew that Jessica Brown Findlay (Downton Abbey’s Lady Sybil) was starring in it. Jessica plays Marianne, who is wife to vicar, Linus, (John Hefferman) who move into a haunted house with their daughter, Adelaide, (Anya McKenna Bruce). But... Read More

Being a Downton Abbey fan, I was immediately interested in watching this film as soon as I knew that Jessica Brown Findlay (Downton Abbey’s Lady Sybil) was starring in it. Jessica plays Marianne, who is wife to vicar, Linus, (John Hefferman) who move into a haunted house with their daughter, Adelaide, (Anya McKenna Bruce).

But as many of my regular readers will know that any type of supernatural horror has me, so scared – but I’m a braver girl now and realise that it’s a genre that has slowly grown on me over the past few years – I was worried about sleepless nights, as these type of films can play on my mind and make me paranoid about every unexpected noise I hear for the next few days, but I actually am entertained by this genre now, rather than totally terrified! ?

Have a look at your trailer…

This film is SO good! I’m slightly biased, but Jessica Findlay Brown is just amazing in this role – I thought I’d see her as ‘Lady Sybil’ throughout the film, but no, I saw her as Marianne, the Vicar’s wife, as the film intended – this is a testament to her great acting skills.

To be fair, all the cast are great actors especially the main 3 family members.

We start the film as they arrive as a newly united family at the house and the relationships between each characters are quickly established.

The gossip and rumours regarding the history of the house starts to be of interest to Marianne, when she starts to notice odd things and a change in her daughter Adelaide’s behaviour.

Adelaide is brilliantly portrayed by Anya McKenna-Bruce, she’s a sweet girl who has a great relationship with her mother, and she carries alot of the links to the activity in the house.

The Bishop Malachi is a real sinister character, I couldn’t stand him at all, but the actor, John Lynch who plays him, did an amazing job.

The film is brilliantly directed by Christopher Smith and the story unfolds at the perfect pace, so that the basics are established and you understand the motivation and perspective of each person before the madness kicks off!

This film will have you gripped – I couldn’t predict what would happen next and there are some jump scares, but entertaining ones, not ones to terrify you completely.

The effects are decent, not the best, but it’s not really needed to be honest, the filming is so realistic and this is what makes it scarier – it’s more of about believing your own eyes, rather than special effects.

The film touches on many themes including, family, marriage, World War 2 and religion.

I definitely recommend this film – it’s a MUST SEE!

THE BANISHING will stream on the following digital platforms (available to buy or rent) from the 26th March, courtesy of Vertigo Releasing:

THE BANISHING will also stream on Shudder from the
15th April